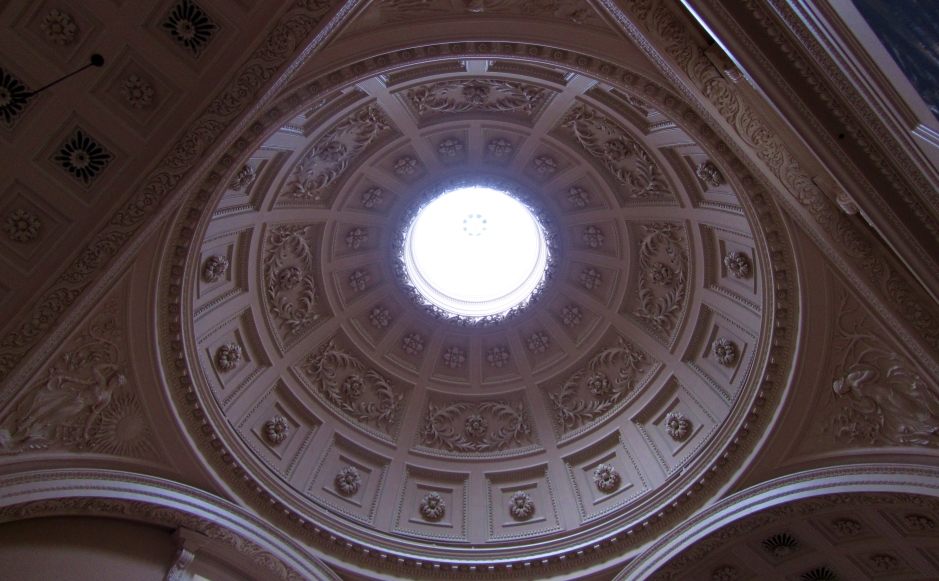 I had never visited the city of Bath in England before this trip in 2016. Like so many British cities, it has old and new melded together. We walked through modern streets lined with honey-colored buildings made of a special kind of limestone. On the warm, mostly sunny day we visited, the buildings radiated a soft warmth. 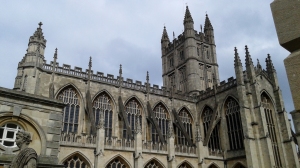 In the old section of town, Bath Abbey stands in glorious aged stone. It was the victim of King Henry VIII’s pillaging and destruction, and lay in ruins until the early 1600s when it was repaired and has been in use since. It was not open for tours, so is on my list for the next visit!

The famous Roman Baths are next to the abbey, and they are in a class of their own, for their 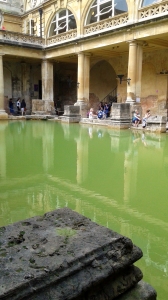 antiquity, engineering and level of preservation. We entered through an 18th century building with its own stunning domed ceiling that imitates the Pantheon’s dome and oculus. The Great Bath and other smaller baths are below street level and are filled with thermal spring water glowing a distinctive green. The water rises each day at the rate of 1,170,000 liters at a steady temperature of 46 degrees C (114 F).

The Romans built a temple to Minerva here and many of the faithful came by to toss in tiny curse tablets. (!) Apparently it appealed to their sense of justice to complain about such behavior as thefts and include a list of possible culprits. Also thrown in were a lot of coins and other objects, possibly as offerings. I ran 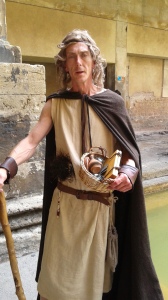 into an actor portraying a Roman vendor who offered to sell me one denarius (Roman coin) for the price of 2 denarius. He then offered me a curse tablet for 4 denarius. After I explained I was more inclined toward blessings, he offered to create one of those for 8 denarius, as blessings are far more work.

The water is not safe for people, but nearby spas offer a dip in the same thermal waters, which some of my fellow travelers say is hugely restorative. While they were soaking their tired tootsies, I 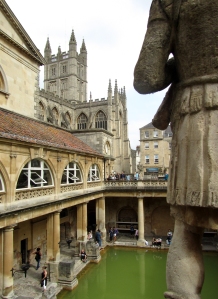 went with two traveling friends for afternoon tea (a three-tiered tray of goodies) in the Pump Room and did my best to eat it all!

Fascinating and worth a visit. Only 90 minutes by train from London.